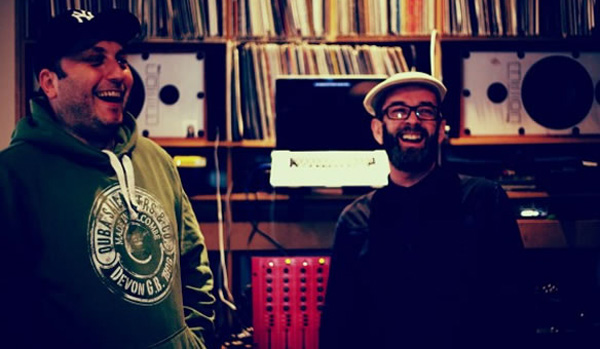 Harri & Domenic have spent the last two decades bringing quality house to the Sub Club and it’s hard to put into words what this club has meant to people in Glasgow over the years with generations of the same family enjoying the delights of what Subculture has had on offer.

We though it only right a proper that we caught up with Harri to get an insight into the story behind the longest running house music residency in the world as he gets set to continue the celebration with Lil Louis guesting this Saturday at the Subbie.

20 Years of Subculture with Harri

Tell us about how it all started?

Well it wasn’t called Subculture when we started, they gave it that name about a year in. It was just really the Subbie on a Saturday. Before that it was Atlantis with myself Orde and Stuart from Slam.

Suddenly I went straight from Atlantis one Saturday to promoting the night myself the next and it was my night for about the first year, I booked the guests, designed the flyers, got the leaflets and posters distributed. I did all that myself.

How did Domenic get involved?

At first it was only going to be me and Oscar but I asked Domenic to join us as I felt he’d be a good contrast to our styles.

How did it go in the beginning?

Well I was doing Atlantis with Slam in the Subbie on a Saturday and when Slam started doing the Arches on a Friday too, our numbers just kinda tailed off and they were getting harder and faster each week the week which wasn’t to my tastes, so it was refreshing to get back to a housier sound and from the first week we were mobbed.

It was a brilliant night, I played “No, No, No” by Dawn Penn as the last record and it took the roof off.

Who have been the stand out acts over the years for you?

People like Carl Craig. He is always good. Derrick May good as well. Moodymann as well.

What about Derrick Carter?

Fucking hell Derrick. Amazing. Derrick will maybe be the person who had played here the most I reckon. Over the years.

We just watched and tried to figure our what he was doing. He would have a record under each arm as well as as 2 on the turntables and one in his hand. Changing them about, literally playing about 16-32 bars of each one.

Some of the best night have been the quieter ones DJing wise. Because you think it’s quiet you don’t want to go all out too soon. So you hold back a bit and it creates a different sort of ambience.

What about stand out tracks over the years?

Hard to know where to start with that! Here’s a couple..

Adonis – No Way Back

I couldn’t play those every week but every month or so throw a few in. Lots of stuff by Murk. Certain sounds like C&C Music Factory and a lot of David Morales. The rarer dubs rather than the classic stuff. Also Redzone, Carl Craig and Detroit type stuff.

Even stuff that is coming out now. Because I play every week I go through loads of new tunes. Sometimes you look back to those tunes and they don’t date well. They sounded good that week, that night or in the moment but then month later you think ‘what a lot of pish actually’.

I have always been into a more black American sound than a European sound and probably Dom is the same. We spent more money on imports than on labels like Guerilla.

So what tracks really went down well on Saturday?

And big Luther Vandross’s “Never Too Much”

Whats next in the birthday celebrations? Lil Louis I believe?

Indeed, he is always good, a quiet and eccentric character but he is so great at what he does. He is one of those DJ’s who is just kind of in the moment. It’s not about genres or that.

You know you get folk that say “x” isn’t very good at mixing, I just wanna slap people like that cause I don’t give a fuck. I try to mix well myself and I’m kinda about that but that’s not really what its all about. I love hearing people that make you think mixing doesn’t really matter. Not to say that Lil Louis can’t mix because he can.

Apparently this Saturday he is going to play a tune that he thinks is his best ever tune. So we are going to hear that for the first time.

He has made so many seminal records that are all quiet different as well. As if they have all been made by different people. You know Derrick May has his own sound. Lil Louis is amazing in that he is so diverse.

It was great to catch up with such a legend in the dance music world that has been at the top of his game longer than some of the big name DJs have even walked the earth. We did manage to get one gem out of him while talking about modern DJing and what DJ’s bring with them to the club.

The prize for the best gear goes to the bold Maurice Fulton who apparently turned up to play with just a fag packet! Of course it did contain his USB sticks, in-ear headphones and of course his snouts. 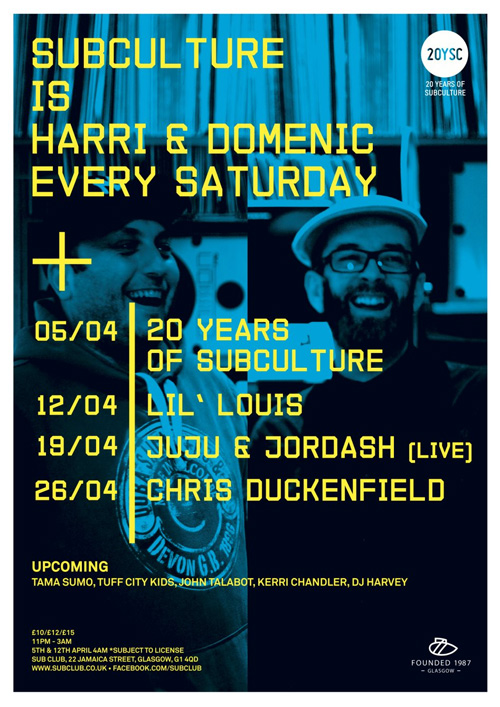 Cliff
Partial to a funk re-edit and an Islay Malt. On Google+ and Twitter for the exchange of idle banter.
Related Posts
Kahn – Illy/Tehran EP
Bristolian Kahn is back with another offering on local label Punch Drunk. This 2 tracker…
Sub Focus – Turn Back Time (Special Request VIP)
Paul Woolford rounds off a brilliant 2013 with this phenomenal remix of Sub Focus. Hefty… 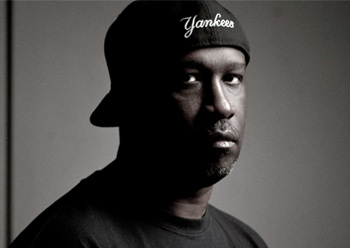