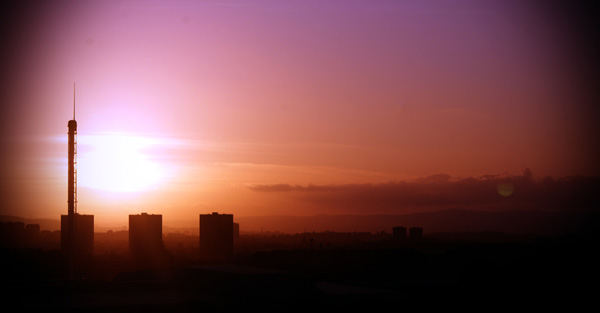 Phuturelabs is a Glasgow-based collective built on a shared love for strange electronic music, new technologies and gadgets. Together we write reviews of new releases that float our boat, talk about classics that have inspired us and offer up free downloads. We also record a monthly show for Radio Magnetic which we affectionately call our Experiments.

September 2010 saw the launch of the Phuturelabs label. Releases on the label are available to download for free courtesy of the Creative Commons license and style wise the label’s policy is fairly wide, ranging from house and techno to dubstep to garage, IDM, electronica and everything inbetween. If you’d like to submit a demo please drop it into our Soundcloud dropbox and send us a wee mail to let us know it’s there.

And now to the people behind the site, this bit is written in the third person for some reason, that’s how we roll. The two main forces behind the blog, label and show are:

Paul Reset – currently living his day to day life as a one man advert for the West of Scotland diet, he ran the now defunct Nerve Recordings and has an online mix archive that goes back to 1997. He’s been DJ’ing since 1996 and has played in most of Scotland’s clubs over the years. While producing music in the early 2000′s, he released a few records but has long since given up the production to focus on his FIFA skills.

Cliff – previously known as Martell, he’s since decided to ditch the alias and show his face to the world. In the late 90′s/early 2000′s Cliff was closely involved with the Sublime night in Edinburgh and later organised the Nomad pub nights with Paul and Kieran Basepair (more on him later). Intimately involved with mobile telephony communications, he can play “Rock Band” on expert drums setting, guitar on medium & singing on easy…….simultaneously. Don’t mess.

We have also two occasional writers in the shape of:

Production Unit – or Dave as he’s known to his mum. With a back catalogue of rather brilliant electronica (including co-writing of one of our favourite albums of all time) he certainly knows his stuff and he’s also put pen to paper for Clash Magazine amongst others in the past.

Calum Sutherland – he likes to paint things gold. Also he’s previously written for The Skinny and can be found DJ’ing at Glasgow’s Distill on a regular basis.

There are others involved in the site including designer extraordinaires Offshoot DESIGN (they’re behind the Phuturelabs logo and dial) and code ninja Donaldihno. Without both, the site wouldn’t look or work as well as it does and for that we’re extremely thankful. Also thanks to ithinkitsnice for the lovely Glasgow skyline photo above.

There are two others who were previously involved in the site but have set sail from these parts (literally in the case of Kieran):

Kieran (also known as Basepair) – a sailor by day, musician and dj by night. His many skills include playing the Tuba and being able to watch three episodes of Still Game at once. To hear more music & mixes from him head to Basepair’s Soundcloud and grab this free EP of his tracks.

And last but certainly not least is Scott – on a solo production tip he’s known as The Noisy Minority. Currently residing on the Isle of Man and living life as an international man of mystery. Scott also runs several Shoutcast radio stations – Dissonance Radio, Last Laugh Radio and Radio Eno.

The original Phuturelabs name comes from a collaborative production project between Paul and Scott that existed from 1999-2001. The production name may one day be revived but for now – check this EP available for free download on Nerve Breaks for a taster of the project’s output.

Tweets by @phuturelabs
Copyright Phuturelabs 2014 - Made in Scotland from girders.