While The Black Dog was already a mark of quality electronica before their involvement, it’s without a doubt that Richard and Martin Dust coming on-board in the mid 2000s gave the project a whole new life and has seen their output in the past decade firmly cement their reputation as one of the finest production outfits in the world of electronic music.

The brothers latest project sees them move away from the free flowing production methods of tBd however and into something that’s entirely different but not – Application. All material composed under the new name was created using a set of internal rules and a manifesto that ensured non-working ideas were ditched quickly but also saw two years of planning going into place before any work actually began in the studio.

On the visual side of the project the duo recruited Human and Shaun Bloodsworth and a fully live a/v show is in the works. The first full length outing from Application lands on the 30th of June entitled “System Fork”, we wrapped our ears around it and it’s a phenomenal piece of work sure to please fans of tBd and anyone with an ear for quality electronic music.

While you can read a bit more on the background of Application over at Hyponik we thought we’d take a wee wander into the studio of the duo. While everyone’s constantly harping on about their favourite bits of hardware we decided we’d take a look inside the machines and see which software the duo were using on a regular basis on all of their output….over to the brothers Dust – 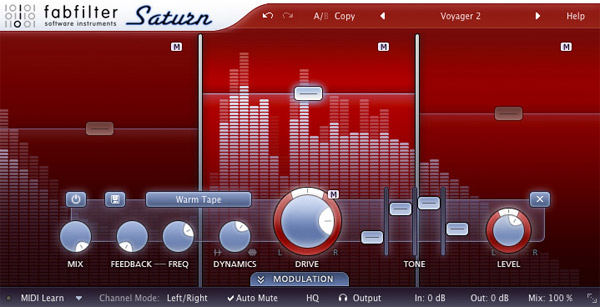 Fabfilter’s plugins have always been a favourite, not only do they sound great, they’ve also spent a lot of time developing the user interfaces. Understanding the signal path though any software or hardware is vital when deciding how to manipulate audio and their attention to UI design goes a long way to helping with this. Too many plugins and devices fail because the controls don’t logically relate to how the sound is actually generated or processed. Anyway, rant over, back to the plugin…

There are plenty of distortion styles, all providing a distinctive tone, but this clever plugin allows you to split the frequency range into multiple bands. This effectively gives you multiple independent processors working across the same signal, which is very powerful and flexible. And the feedback controls are a little extra and can send everything nuts, just don’t blow your monitors. We’ve used it quite a lot on the Application project, for both subtle harmonics and brutal noise. 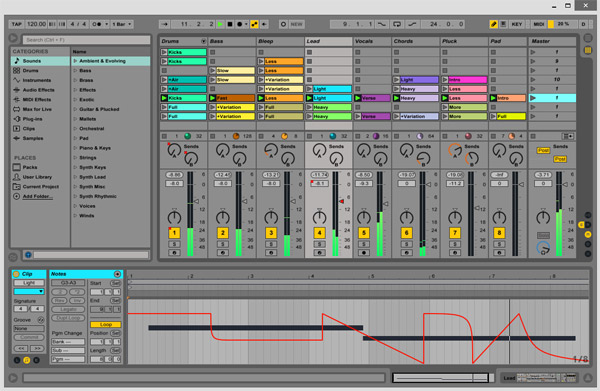 Even though it’s one of the standard plugins bundled with Ableton Live, it’s certainly an excellent instrument and a vital component in the Application project.

We’ve been using this as a way of building up unique sample banks ready for use in the tracks. The best part is that every individual sample in the bank can have its own plugin chain, allowing for some very complex processing. We spent a lot of time just building these drum racks to help set the tone and style before really getting stuck in to the music. 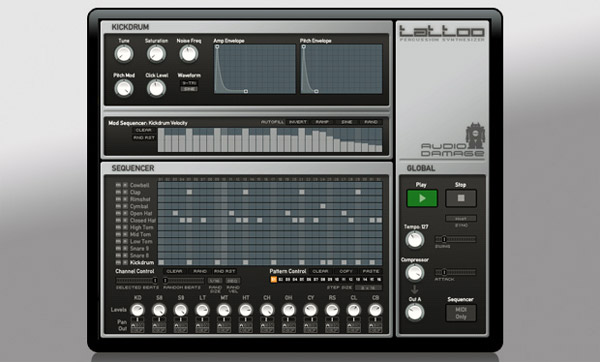 This drum machine is clearly influenced by the old hardware favourites, however it still has plenty of options to allow for some unique and extreme sounds. Add to that the wealth of modulation features along with the speedy step sequencer and it all makes for a really creative little tool.

We’ve bashed out loads of percussion loops using this alone over the years. 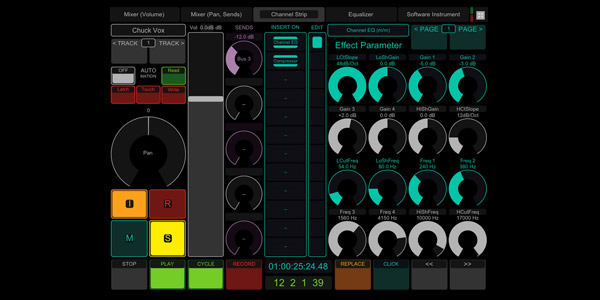 We’ve spent a lot of time experimenting with all types of MIDI controllers and of course touch screen interfaces have become very popular over recent years. We were quite impressed with TouchOSC, not just as a straight MIDI controller but more because it allows you to design your own interface with a software editor. This provides you with range of different controls (knobs, sliders, XY pads, etc) which can then be resized, coloured and arranged across multiple screens for different operating modes.

After a lot of experimenting, it actually turned out that we preferred “physical” controls for many situations, but this little app really showed us the possibilities (and limitations) of using touch screen devices as controllers. And for the price, it’s just daft not to have a play. 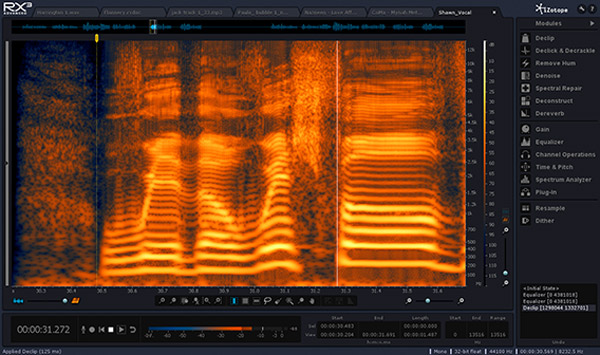 We do quite a lot of work on video soundtracks and post production, so cleaning up live recordings is a regular (and sometimes tedious) task. This software bundles a bunch of useful tools into one package such as noise reduction, click removal and de-reverb along with some excellent spectral analysis.

It really takes the leg-work out of the manual editing tasks as well as removing the usual chain of other plugins. One of the biggest benefits is being able to isolate and correct offending noises within the frequency range very quickly. We’ve only scraped the surface of the demo so far but already we’re wishing we’d tried this one sooner!

Paul
Future Sound of London obsessive with a taste for moody house, techno and drum n bass. I was also rather partial to speed garage and am still slightly obsessed with early 90s rave. To keep up with more of my shocking banter or to get in touch you can get me on Google+ and Twitter.
Related Posts
Mount Kimbie – Serged (Falty DL rmx) – free download
Mount Kimbie are releasing two 12″ remix platters in the next couple of weeks on…
Steve Mason – All Come Down remixes
Steve Mason’s debut solo album “Boys Outside” was one of last year’s stand out releases…
Africa Hitech – 93 Million Miles
Africa Hitech is the brain child of Mark Pritchard (Harmonic 313 / Global Communication) and…
Phuturelabs Social
Ads