It’s without a doubt that Anthony Collins is one of the finest producers working in the world of house and techno. He has that skill that so many modern producers lack, the ability to put the dirt in-between the cracks and leave the rough edges as they are to give his tracks a character that pushes him above so many of his peers.

His latest outings sees him team up with New York imprint HAKT for the absolutely monstrous “Lie To Me”. Crunchy kicks and a bowel-troubling sub bass line do the damage while Big Willy with a suitably authoritative spoken word piece on top. There’s a lovely dub mix for those not keen on the vocals and with the foot moved slightly off of the gas and to complete the package Collins offers up another newie in the shape of “Swing State”, also packing suitably punchy lower frequencies.

To mark the release, Collins has also turned in a guest mix for the nice folk at HAKT, get your lugs around that below.

Related Posts
PNAU – Unite Us (Wookie Remix) – free download
It’s been a fair few years since influential UK garage producer Wookie released anything new…
Lazy Sundays : Autechre – Incunabula
Some may find this a strange choice for a Lazy Sunday as you could class… 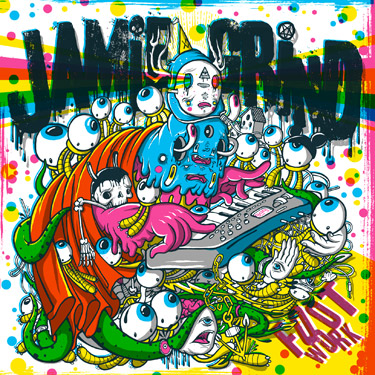