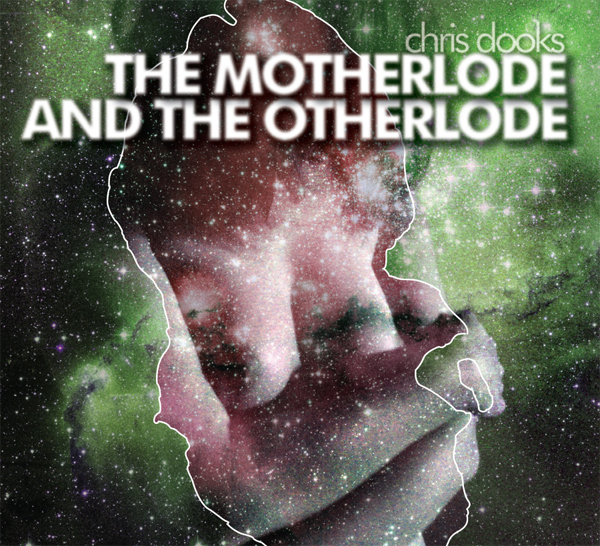 It’s to my shame that the name Chris Dooks was a new one to me when his “The Motherlode and The Otherlode” album arrived in my inbox from Glasgow imprint Broken20.

Over the past 20 years, the composer, writer, photographer, director, general multimedia artist and whatever else you’d like to call him has been behind some absolutely stunning music, video, written pieces and a whole host of output that couldn’t fail to stir the soul of anyone happening across it.

With output so diverse it’s often hard for listeners and viewers to put their finger on Chris Dooks’ output and it’s exactly where it finds its charm. In an attempt to gather a retrospective of his work he’s been working with Broken20 for the past couple of years to put all the pieces together and offer up almost his life’s work in the shape of “The Motherlode”.

Available as a limited edition 8GB USB stick crammed to the edges with his material, it’s a rewarding journey through one man’s mind, taking in all the relevant art forms and offering up his take on them all. Hours can be spent (and personally have been) going through even just the music on offer and for anyone with a taste in left of centre electronica and ambience it’s a total joy.

His past releases have popped up on the likes of Benbecula and Highpoint Lowlife and this in itself hints at the quality contained within.

In an attempt to curate the mammoth amount of work included in “The Motherlode” Chris has gathered some of the material into an easier to digest single album entitled “The Otherlode”. This offers a way into the larger collection and showcases the more electronically-led output.

To help us navigate “The Otherlode” we asked Chris is he could pick out five tracks from its running-order and give us a bit of insight into the story behind the material, read on to hear what Chris has to say and make sure to pop on over to the Broken20 store to either reserve yourself one of the limited edition 8GB collections or pick up a snapshot in the curated collection.

Chris Dooks talks The Motherlode and The Otherlode

Dookha is a track made with Native Instruments Absynth which is the second track on the The Otherlode. It’s minimal, snappy and sounds gritty through a punchy system. It features buried field recordings made in California in 1998 where I thought I would end up in Hollywood being a filmmaker (after all I had a film degree and a few works under my belt) – but instead I got very sick working for the US Forest Service and was in bed for two months. It was to be the first of some very hard life lessons.

The field recordings are from a guy called Floyd Buckskin a Modoc Native American and academic. I was so ill I was hallucinating in the ‘high desert’ of a town called Alturas, nowhere near Hollywood and Floyd was telling me who I was ‘seeing’ in local lore. In fact it was all a bit Northern Exposure. Anyway, you can barely hear the conversations we had about my hallucinations but it was the start of an attempt to make slightly autobiographical works in everything I do.

I think at the time I was listening to a lot of Pan Sonic and Meat Beat Manifesto and while the bass kick would sound at home in a Pan(a)Sonic track, the raspy guttural synthesis in the track felt in sync to my descent into, well, not feeling very well. The title “Dookha” is a tongue in cheek reference to “Dukkha” the Buddhist way of looking at a ‘kink in the wheel of life’ I seem to remember. Something about a badly made wheel. Something where there’s a problem with the spokes or a spanner in the works. My surname Dooks sounds a bit like Dukkha so I brought it full circle and completed a sense of the autobiography in that track. The field recordings were made in 1998. I shelved them for about four to five years before I made that track in 2002-3 or thereabouts.

Ardeonaig is a real location on Loch Tay and I think this was made in 1999 and was my first ‘proper’ release on a label – Philip Petite’s Bip-Hop based in Marseille. 2000 copies of a huge gatefold sleeved album that I am still very proud of. The album is on the USB stick as Social Electrics.

Although this particular track was from a ‘Bip-Hop Generation’ CD, it’s from the same session as Social Electrics. About where it was made – a friend of mine owns an old post office on Loch Tay and I stayed there a month to make music. I made about 100 tracks in that converted post office-cum-cottage. At the same time, I think I had just discovered a Yellow Magic Orchestra retrospective album and I was taken with the poppiness of Ryuichi Sakamoto’s work in that ensemble.

This was made on a sound canvas. A lot of producers would be embarrassed to say they were using a synth module and not some vintage Juno keyboard or analog of choice, but the SC-88 Pro is an amazing machine, and I recently re-bought it from ebay after regretfully selling it at some point. Anyway this little ploddy number was made on my sound canvas and produced and mastered within one little box. I love that simplicity.

The Mouse is probably one of my favourite tracks I have ever made and features the voice of my wife, the writer Eleanor Thom aged four having a little strop. This was made by multitracking an old piano we bought from a sale in our (then) West End of Glasgow flat. It’s a pleasing track for me because I can only play the piano if I multitrack myself and this was made on a digital 8 track – a hefty Tascam I have recently sold for the more svelte model. But it’s a track that is kind of about our relationship. And because part of my illness is forgetting things, this retrospective is helping me now to recall, for example, a particular period in our lives living in a flat with a cat called Gus.

It’s a very melancholic work and sort of fuses that element of documentary – the field recording or the home movie soundtrack into a different context and appropriation. We’ve now had two kids and live in Ayr. I forced Ellie to move me to a quieter spot than in the centre of student land. I love Glasgow but it’s fucking noisy and I’m too ill for that crap now.

No TV is a very short poem I wrote in Amsterdam whilst on a residency with STEIM. I met, I can’t remember how, an American Trucker who was also a singer shacked up with someone who worked for MTV, in a Tibetan restaurant in the city. This is not a joke. His name is Sonny George, I think he’s still google-able. And I just had to use his voice. At the time my illness (which is M.E. by the way) was encountering Buddhism head-on and that was my only therapy. This track was the first overtly Buddhist work I made. There’s a lot of video related material on the USB stick version about this period in my life. And so it’s a set of instructions or precepts that I should keep about limiting stimulation in my life. I didn’t keep any of them. I wonder what he is doing now?

Lastly, from The Otherlode is a track called Solar Wind. This is undoubtably influenced by Wolfgang Voigt in his Gas mode. I’m a bit fan on the Kompakt Pop Ambient series. I bought a mint copy of Konigforst on vinyl in 2011 for a ridiculous amount of money as I love it so.

This piece was made initially for a play in Rosslyn Chapel in East Lothian near IKEA before it appeared in The Da Vinci Code. I’m told Tom Hanks and Audrey Tatou bought a copy from the shop. I made that up. This track is from a collection of ambient works on the stick called Coronal Mass Ejection.

Chris also put together this rather nice podcast for Broken20 back in 2011, grab that below if you missed it at the time: 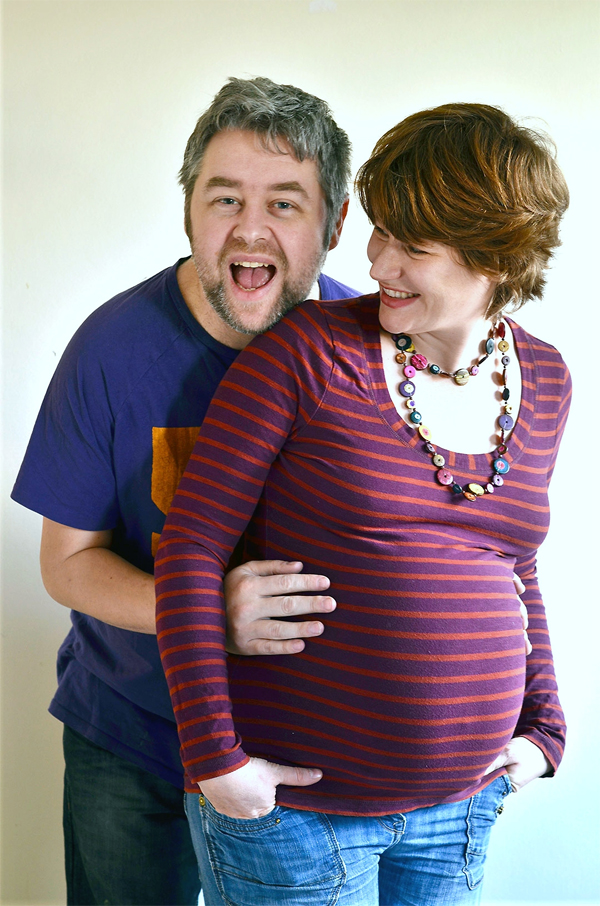 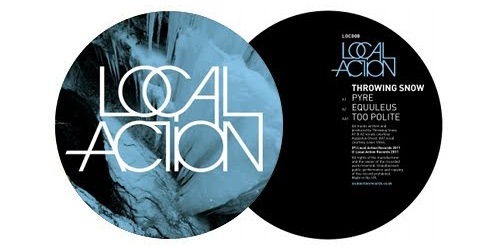 Throwing Snow – Pyre/Equuleus/Too Polite
Despite being only eight releases deep into their discography, Local Action have made every release… 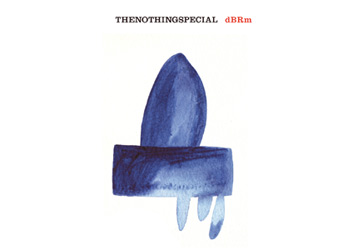 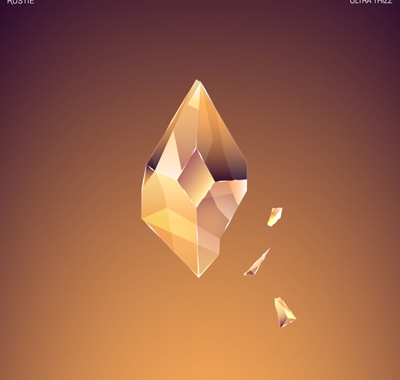