While live bands in electronic music generally centre around some bald guy sitting behind a bank of synths with the occasional nod to traditional instrumentation with a drummer and maybe a guitarist, Austrian trio Elektro Guzzi steer clear of such cliches and create otherworldly techno and electronica using only drums, bass and guitar.

Their material is recorded fully live with no overdubs and the end results are a bit of a head-wreck. One listen to any of their material and its hard to imagine it was created in such an environment without any electronics to pad out the sound.

We’ve had their third album “Observatory” going round our ears for a month and a bit now and it’s a brilliant piece of work that deserves your attention for all the right reasons, and within minutes you’ve quickly stopped giving a shit how they’re creating such a sound.

To find out a bit more about the album, we caught up with the trio and asked them to talk us through each track. It’s a brevity thang.

Check the previews above, read on to find out more about the creation of the material and pop on over to Juno to pick up the album on double vinyl or digital download if you know what’s good for your ears.

Over to Elektro Guzzi…

In general we tried to do something different to the previous albums and to make it sound different. We had the chance to do it in our own studio for the first time which was a great but also challenging experience for us.

We wanted to be this the first track as it describes perfectly where we wanted to go with this album: futuristic but also dirty and away from the minimal approach.

This started out to be a very funky dancey track which we played live a lot but when we wanted to record it it didn’t work out the way we wanted it. Ao as a first step, we changed the basic rhythm then the bass line and then the guitar part and in the end it was a totally different song. Just the title remained.

Alaska Flip This is the oldest track which made it on the record. It was recorded during a session for a release which we did for Tapeworm. We were thinking it would fit perfectly with the other tracks.

Trojan Robot For us this is the connection between our previous album Parquet and Observatory. It has this minimal approach but also some noises and melodies which fit to the other tracks on the album.

Undulata This developed out of a very long studio jam. We listened back and suddenly this part appeared which we all liked immediately. So this is a track which is just improvised.

Atlas To make the record not just four to the floor we wanted to have different rhythms in there. But as you hear, the second part again turns into a disco like track, for this we did claps for the first time.

Threshold People We did many versions of this track. It was hard to decide which one will be on the record. In the end it was one of the first recordings where everything was still very rough and organic. We want to do remixes of that in the future to also use the other material.

The Grist We were not so sure about the closing track as it is very different to the other tracks but in the end we wanted to have it on the record exactly for that reason. To make it even more different we invited our friend Salah Addin to play kalimba to it. 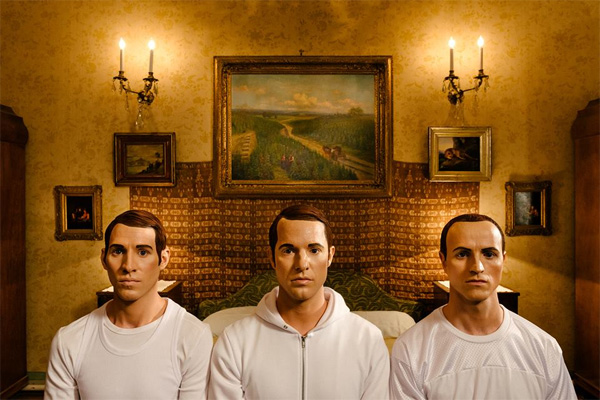 Paul
Future Sound of London obsessive with a taste for moody house, techno and drum n bass. I was also rather partial to speed garage and am still slightly obsessed with early 90s rave. To keep up with more of my shocking banter or to get in touch you can get me on Google+ and Twitter.
Related Posts
Luke Solomon – Stop The Riot EP
Two cuts of swaggering house jams make up the latest offering from Luke Solomon and…
Rhythim is Rhythim – Strings of Life
It doesn’t get any better that this with Derrick May releasing this tune under his…
Pangaea – Hex/Fatalist EP
Pangaea is back on Untold’s label Hemlock with a 2 tracker that has its DNA…
Phuturelabs Social
Ads