His “Recycle Time EP” from last year brought Italian Dj and producer Marco Cassanelli onto our radar and his follow up for the imprint eMBi Music is set to arrive in mid November in the shape of the “Adub EP”.

Taking a slightly darker path than its predecessor but maintaining the use of space and atmosphere to create some wonderfully airy techno, it’s a fantastic further introduction to the producer’s sound and ensures you’ll be keeping an eye on his movements.

We were keen to hear more of Marco’s sound and a guest mix request was met with this rather brilliant recording that comes packed to the brim with new untitled material from the producer himself, from start to finish it’s all his own material and is all the better for it.

Paul
Future Sound of London obsessive with a taste for moody house, techno and drum n bass. I was also rather partial to speed garage and am still slightly obsessed with early 90s rave. To keep up with more of my shocking banter or to get in touch you can get me on Google+ and Twitter.
Related Posts
NAIL delivers a guest mix as we take down a trip down memory lane with his Lost Trax 1997 double vinyl outing
Grab an hour of quality house from the Nottingham producer and DJ to mark the… 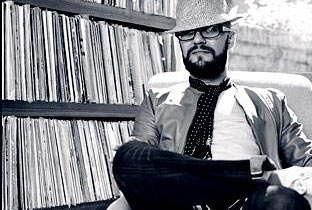