As The Subliminal Kid and half of the Roll The Dice duo Peder Mannerfelt has picked up plaudits a plenty and worked with the likes of Fever Ray. In 2014 however he decided to step out from behind the monikers and released an album under his real name entitled “Lines Describing Circles”. The album set his stall out with a collection of tracks taking in hypnotic drones, eerie claustrophobic electronica and much more.

His latest outing sees him team up with Par Grindvik for a split 12″ on Stockholm LTD (there’s a digital download also available at Junodownload) with Peder’s three tracks showcasing his talent for beautifully haunting electronica and techno.

To get a further look into the mind of the man behind the music we asked him for a guest mix and he kindly delivered. Taking in electronica and techno as you’d expect but also taking nice side steps into funk and punk from The Jellies and Iggy Pop.

Stream or download below and keep an eye on Peder’s movements over on Soundcloud.

Paul
Future Sound of London obsessive with a taste for moody house, techno and drum n bass. I was also rather partial to speed garage and am still slightly obsessed with early 90s rave. To keep up with more of my shocking banter or to get in touch you can get me on Google+ and Twitter.
Related Posts
Oliver Deutschmann is first in the spotlight as we launch the new Soma Selects series
We’ve teamed up with legendary imprint Soma for a new mix series showcasing the talent…
Guest Mix: Ariel Camusso
The Italian DJ and producer delivers a brilliant mix packed with top notch house including… 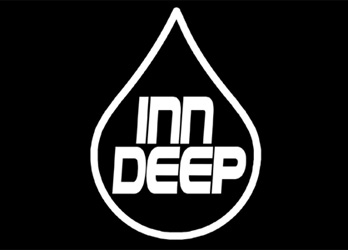