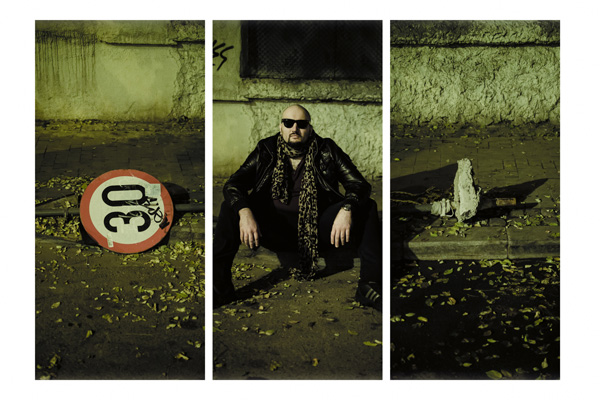 Romanian producer and DJ Liar has been peddling his unique brand of genre-hopping bass-fuelled noise for a few years now and his debut long-player “Strange Love” appeared on Infinite Machine in mid 2012. We were immediately charmed by its defiance of trends and fearless approach to pushing away any preconceived ideas of what we should expect from the producer.

A recent series of EPs have seen him take on everything from 90s rave to grime and more, all while keeping his sights firmly on the dancefloor and picking up support from DJs as varied as Chrissy Murderbot, DJ Zinc, Jimmy Edgar and B-Traits.

His latest outing sees him return to Infinite Machine for an absolutely brilliant six-tracker entitled “Cybertime” that once again sweeps away any boundary lines between genres and slings them into a big nicely distorted pot.

Check the previews below and get yourself over to Juno to pre-order, your ears will thank you.

To find out a bit more about the man behind the music we thought we’d find out which tunes he seeks out when he’s looking to give his ears a soothing musical bath, the tunes he looks for in the early hours of the morning when it’s not quite time to attack the day just yet – over to Liar…

My favorite from “Disintegration”, which in its entirety is something I frequently fall asleep to after a hard night’s work. It’s the ultimate palette cleanser, it snaps me to my default me.

The perfect combination of poignant and uplifting.

This song contains almost everything I love from a decade I was born in but barely experienced. Nostalgia for things I don’t have memories of. And the playfully rebellion in the lyrics gets me every time.

When I listen to this, I feel like it was written about me, for me. I’m sure a lot of people feel that same way about a lot of Drake’s shit, hence his ubiquity. But subjectively this is my jam. No one else’s.

Arguably one of the best songs ever written. Makes me feel clean, safe, young and immortal. If I fall asleep to it, it makes me dream beautiful songs that don’t exist. Then I wake up and make them exist.

It’s been so many years since I’ve been over weed and booze (and drugs in general), that I can’t really relate to the “good kush and alcohol” hook. That aside, I’m never gonna stop ballin’ ‘long as my bitches love me. It’s silly, but it’s how I function. Finer things in life, etc.

This only works as an after hours selection if there’s one or more girls laying in my bed as the sun comes up. Thankfully, there’s scarcely a time that that isn’t the case. A song for weary, quiet, gentle lovemaking.

Honestly, I’m my own biggest fan, and Jesse Somfay’s/Borealis’ biggest fan as well, so I could’ve easily made this list just out of our tunes. So I picked one where we’re both at our best.

Under his Flourish guise, Jesse turns my soothing original melody into something so grand and uplifting that it moves me to tears. A song of eternal, exalted twilit morning.

Saudade translated aurally. I feel good about almost every experience in my life when listening to any of these. And I can’t choose between them. It’s all the same feeling, the same effect on me, like there’s an infinitely thin string connecting all of them, and me.

Pat Grossi channeled something otherworldly in writing this song. I feel like the soil, the sky, the sun and moon are speaking to me in soft yet thundering whispers. Giving me this pleasantly eerie feeling of complete interconnectedness that I haven’t felt since childhood, during long rides in the car, in the countryside, listening to Enya, looking out the window and over the horizon.

Remixing Active Child in late 2013 was doubly an honor on account of how much this song has changed my life.

This track sits at the opposite end of the spectrum to the previous entry. Brimming with urban and night-time imagery, desolation, and romanticism, it makes me feel completely alone, yet content. It also makes me feel blue. Not idiomatically blue, it literally, viscerally makes me feel the color blue.

Liar is also a rather fine DJ, get your ears around this mix from January as a wee cheeky bonus: 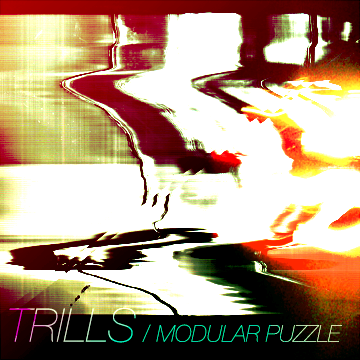 Trills – Modular Puzzle (& free track download)
Trills (aka Jonathan Jindra) got in touch with us here at the Phuturelabs after I…
Riton – Dark Place/A.C.P
Geordie DJ and producer Riton has consistently impressed from his early 2000s’ releases on Grand…
Phuturelabs Social
Ads