Rumours had been kicking around for a while of new Plastikman material but for a while it looked like “Slinky” back in 2010 may have been the last original material to harness the moniker. Until now that is, as today an album packed with new Hawtin newies arrived in the shape of a live album entitled “EX”, recorded live at the legendary Guggenheim in New York.

Put together specially for an event organised by designer Raf Simons, the space offered Hawtin the freedom to create music without any need to focus on the dancefloor, fear not though, there seems to be plenty of 4/4 driven goodness within wrapped in a big blanket of 303 warmth.

Stream the whole album below.

Paul
Future Sound of London obsessive with a taste for moody house, techno and drum n bass. I was also rather partial to speed garage and am still slightly obsessed with early 90s rave. To keep up with more of my shocking banter or to get in touch you can get me on Google+ and Twitter.
Related Posts
Bobby Champs – Drag Queen EP
New techno heat from Bobby Champs for Pictures Music and a free download to boot.… 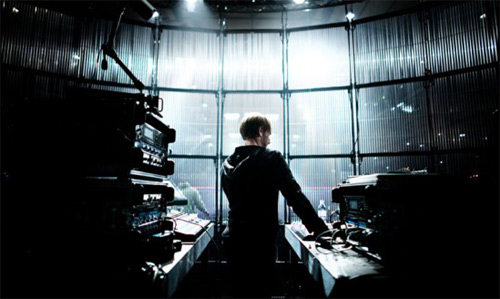