Canadian DJ and producer Marc Houle has spent the last 10 years notching up top quality techno and house outings for the likes of Richie Hawtin’s esteemed Minus label before branching out with friends Magda and Troy Pierce on their own Items & Things imprint.

His latest release sees him unveil his latest long-player in the shape of “Cola Party”, nine tracks of tough edged techno with plenty of crossover appeal. Check the preview below and pick it up on digital download or vinyl when it lands at the end of June

To find out more about the man behind the music we caught up with him to talk about ten tracks that influenced him when he was starting out and have continued to leave their mark over the years. It’s a tremendous selection of music that offers an insight into Houle’s productions…over to the man himself

Under The Influence with Marc Houle

Sesame Street in the 70s was full of crazy synths and sounds that really got my ear going and wanting more. I’m still walking around the house singing all the songs 35 years later.

This came out right when I had gotten my first casio keyboard. I had never heard mechanical melodies like this and I went to work replicating all the songs with my tiny synth and a tape deck.

Masters of darkness and mood. As a drummer, I would play along to Bill Ward and get a feel for some weird timings and fills. “Paranoid” might be the album I’ve listened to the most in my life.

This song represents the years and years I spent buying and listening to new wave records. I’m a big new wave and indie synth fan. At that time, all these new synths and drum machines were coming out on the market feeding and feeding my brain.

This guy is the champion of moody dark synth pop. Strong melodies with dark undertones and counter melodies. An inspiration to me and all my friends.

I loved early hip hop and couldn’t get enough. Luckily in North America it was all over the place thanks to the breakdance craze. I’d say this is probably why I love my 808 and have been using it for 20 years.

My sister brought a mix tape back from Chicago in the 80s and this was on it. I listened to it every day for years because for me there was nothing else on the planet like it. It was my intro to simple melodies and fun simple vocal lines. It still makes me dance.

I remember being at a party with Magda in Detroit and this song came on. I made her go find out what it was and get me a copy. Thanks Magda. Video games + synth + techno + house. You can hear the knobs being moved – mistakes and all. It’s beautiful.

I was dumpster diving in the high school near my house when I was little and came out with a Judas Priest cassette and a Kraftwerk cassette. One I listened to endlessly for the next few years and the other not so much. They changed my life by changing the way I heard and thought about music.

Right when I was getting bored with music and I thought everything was sounding the same, this guy came along and made his own genre. I’ve learned since then to never think that music was over.

Magda and Troy sent this back to me in Canada when they were in Europe. It was the new sound and it was different than the Detroit mechanical techno sound. After hearing this and Dexter, I learned that I can put some of my moody new wave melodies with techno beats and people will still like it and dance.

Get your ears around one of the standout tracks from “Cola Party” below:

Paul
Future Sound of London obsessive with a taste for moody house, techno and drum n bass. I was also rather partial to speed garage and am still slightly obsessed with early 90s rave. To keep up with more of my shocking banter or to get in touch you can get me on Google+ and Twitter.
Related Posts
Under The Influence with Downliners Sekt
With their brilliant third album “Silent Ascent” about to hit the shops we caught up…
Jacques Greene – The Look EP
We first got wind of Jacques Greene several months ago and were very excited when… 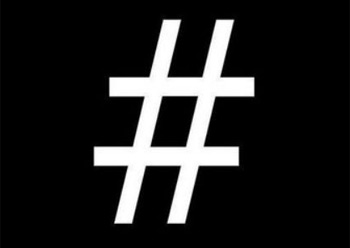 #Unknown project delivers tune after tune with great free downloads
You may or may not have heard of #Unknown. It is an account on Soundcloud…
Phuturelabs Social
Ads