With a decade worth of quality material under his belt for esteemed imprints like R&S, Throne of Blood, Kompakt, International Feel and many more, it might come as a surprise that it’s taken Mugwump this long to start his own imprint proper (the Mugwump Trax white label series only saw a couple of outings).

The EP packs in all the quality you’ve come to expect from anything to appear from the Belgian producer’s studio and alongside two new tracks he’s also squeezed in his much sought-after instrumental mix of O Children‘s “Heels” (a firm favourite at A Love From Outer Space where Mugwump took to the turntables alongside Ivan Smagghefor a six hour set).

You can check the video for “Satori Crossroads” below and pick up the EP over at Juno now.

The bass prodigy on his best album. But it’s the strings that attracted me here obviously. I’m very partial to strings of course and this is the sort I’m always after.

This has sound-tracked many of my late sessions in the 90s and made me search for Ethiopian jazz. The soul factor of this record is so immense.

You can say what you want about Simple Minds but they had their moments and this was their best period. I always loved that instrumental so when I started to hear it in Boccaccio, it felt great. It’s well…epic.

The Smiths – The Draize Train

I’m a huge fan from The Smiths and that instrumental is still fantastic. You gotta love that genius Johnny Marr.

The energy & the guts of this was a huge kick for me as a teen. I LOVE everything DAF have produced together to bits and still play their records regularly. Their extended 12 versions are worth investigating too.

This is Snowy Red’s Mickey Mike producing a stone cold classic. Really, really hard to find back then, I was obsessed by this song and its atmosphere. I just covered it.

Nitzer Ebb gave me goosebumps. I loved their rage. The “That Total Age” LP is just perfect. I also love Front 242 of course. When I was 15, I mixed these two “songs” together and performed a playback and dance (wearing blue Doc Martens and large black trousers) at the end-of-year school show to a dumbfounded family audience. The drums, the basslines and the overall production on these records are still the blueprint for me.

The titans of hip-hop… still untouched and it ain’t gonna happen anymore in this world it seems.

I’m not sure if they ever collaborated again after this masterpiece but this was one of the most out-there records from that era. Went to Detroit in the late 90s and hung out with Mr Fowlkes a bit, he’s very very special.

I love THIS trance indeed. What would Cauty & Drummond produce today?

I’ve always been a huge fan of Black Dog Productions, got all the General Productions releases and the “Bytes” album on Warp was a landmark release. Its emotional content yet its simplicity is so hard to achieve. 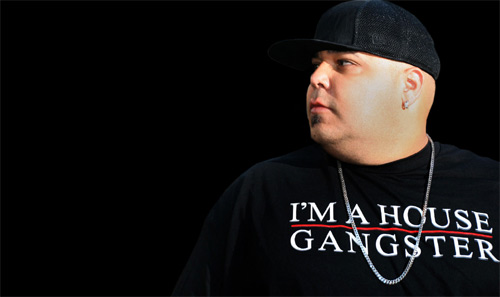