Good things come to those who wait and in the case of a second album from Robert Antony Lee AKA Wax Stag we’ve been waiting since 2008. The long-awaited long-player has finally arrived however in the shape of “II” and fans of his debut will find plenty to reward the wait with.

The nine tracks contained within are like honey to the ears of those who love their electronica with a hefty dash of analogue love and warmth and we caught up with the man himself to find out more.

He’ll be taking us track-by-track through the album so get yourself prepared by streaming the whole thing below via the Juno player, unfortunately no Soundcloud stream of the whole thing yet so this ever so slightly clunky solution will do for now. Press play and read on.

(or alternatively, pick up a copy of the album and give it a thoroughly well deserved proper listen)

I wrote this track first. I had been inspired by a beautifully illustrated children’s book by Irmgard Lucht called El año en el bosque, which I picked up in a bookshop in Barcelona in 2003. At the time, I didn’t know what ‘El año en el bosque’ meant, and ten years later, when I tracked down an English copy – called Forest Calendar – I’d already called this track ‘Woodland Walk’. I don’t think ’Forest Walk’ would have been as good a title, anyway.

The little synth line that first appears after a minute and a half is obviously meant to be a bird singing. Shattering the illusion, however, I can reveal that I used Logic’s ES P synth with some Waves SuperTap delay and TrueVerb reverb on it.

After I’d written ‘Woodland Walk’, it seemed pretty obvious that there should be an accompanying track, at the same tempo, but with a drastically different feel to it. At this point, I wasn’t thinking about an album – I was just imagining putting out a two track 12″.

This was one of those tracks that pretty much wrote itself. I suppose what I really mean by that is that I wrote the whole thing incredibly quickly. When something syncopated – in this case, the descending and ascending line which opens the track – slots together with something else syncopated in such a way that you end up with two distinct hooks, it immediately opens loads of other doors.

To my mind, this track is the one that has the most in common with my first album. The first two Wax Stag releases each had a cloud cake featured in the artwork, but I’d never actually used the two words in a track title before. It’s quite a sweet concept; the idea of a cake being made of clouds – I mean, they’d more than likely be soft and fluffy clouds rather than storm clouds – and I think that this is the sweetest track on the album. When I say “sweet” and “sweetest”, I mean in the old-fashioned sense – although if anyone wants to tell me that this track is “sweet, dude”, then of course they are very welcome to do so.

99% of the sounds on this album are from Logic’s ES P synth, but the bass on this track is from the ES1. I’m not particularly keen on the ES1, but I think it works well here. Come to think of it, the largest bass sound on ‘Valley of Ice’ is the ES1 too. I love the ES P synth to bits, but it’s not really cut out for doing that punchy bass thing, or whatever the technical term is.

I wrote this in a windowless dressing room one morning in Madrid, whenever it was that White Lies last played a show in Madrid. I don’t generally find touring conducive to writing music, so I was chuffed to bits when this happened.

I wrote this on a keyboard, but I didn’t completely understand what was happening until I worked out how to play it on a guitar. I really enjoy that in music, though – knowing that you love something, but not having a clue how it’s been put together. I get that with a lot of jazz and progressive rock.

When I wrote this, I was imagining someone stumbling through a series of caverns and feeling disoriented. One of my friends told me that this track made them feel a bit sick, which makes me feel as if it’s been something of an achievement.

I wrote the two main hooks in this track just over ten years ago. There’s a very early version of this track with an amen break in it, if you can imagine such a thing. The whole thing was a lot faster, though, and I much prefer it at this speed. Stephen (Bibio) slowed it down some more for his remix – which I’m absolutely in love with, by the way.

I knew ten years ago that the first two hooks should lead into something else, but I didn’t come up with the syncopated synth stabs in the second half until a few years ago. I’ve always thought that the argument that says music can only be worth anything if it’s written in one go was stupid.

Race to the Lake

This started out as a really simple and straight ten note bass riff, but with a swing on the hi-hats and snare. I lived with it for a year or so, and decided that it sounded a bit silly. I took the swing off, but then it just sounded a bit dull. Eventually I doubled all the notes in the bass riff, and I realised that that’s how it should have sounded all along.

Swung or not swung, this track has always been in 5/4 time. I’ve never sat down and thought “Right, now I’m going to write something in a time signature other than 4/4″ – I think these things just happen; it’s afterwards that I think “Hang on, this isn’t in 4/4, is it?”. I’ve never heard anyone use the term ‘five-to-the-floor’ before, but that’s pretty much what this is, anyway.

This track is also in 5/4 time. I had the opening riff in my head for ages before the melody came along, and then it was another age before I wrote the section where the kick drum first appears and the changes in the arpeggios happen. I sometimes think that that little section there is the best thing about this whole album.

By the way, I’ve got nothing against arpeggiators, but all the notes in this track were worked out by hand. I’m not much of a pianist, but this is a really satisfying thing to play on a piano, albeit at a slightly slower pace.

This is my dad’s favourite track on the album. He’s an insanely great pianist, but he’s got a whole load of other things that he’s interested in, so I’m not sure that I want to start pestering him to produce a piano version of this.

The tracks on this album aren’t necessarily in strict chronological order, but this was the last one I wrote. It has a finality to it, I think. It took me a while to get the structure of this track right – I didn’t want to just throw everything in at once, and I didn’t want to give everything away too quickly.

I was very tempted at one point to bring the main synth and bass hook back again at the end, but I think that some things are all the better for being fleeting. 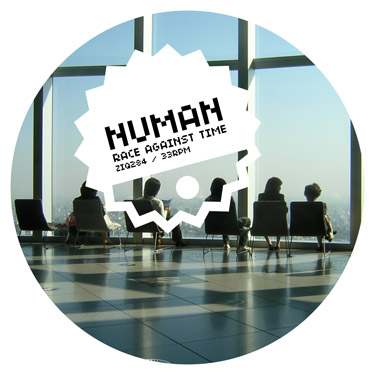 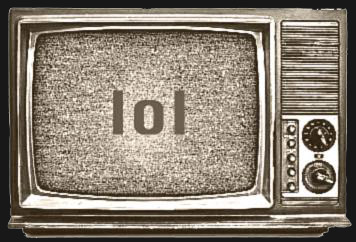 With Instra:mental’s debut album still on the boil ahead of it’s April release, the duo…

Inspired by some time in the Radio Magnetic offices this week, it seems appropriate to…